Before the Borders Closed for COVID-19 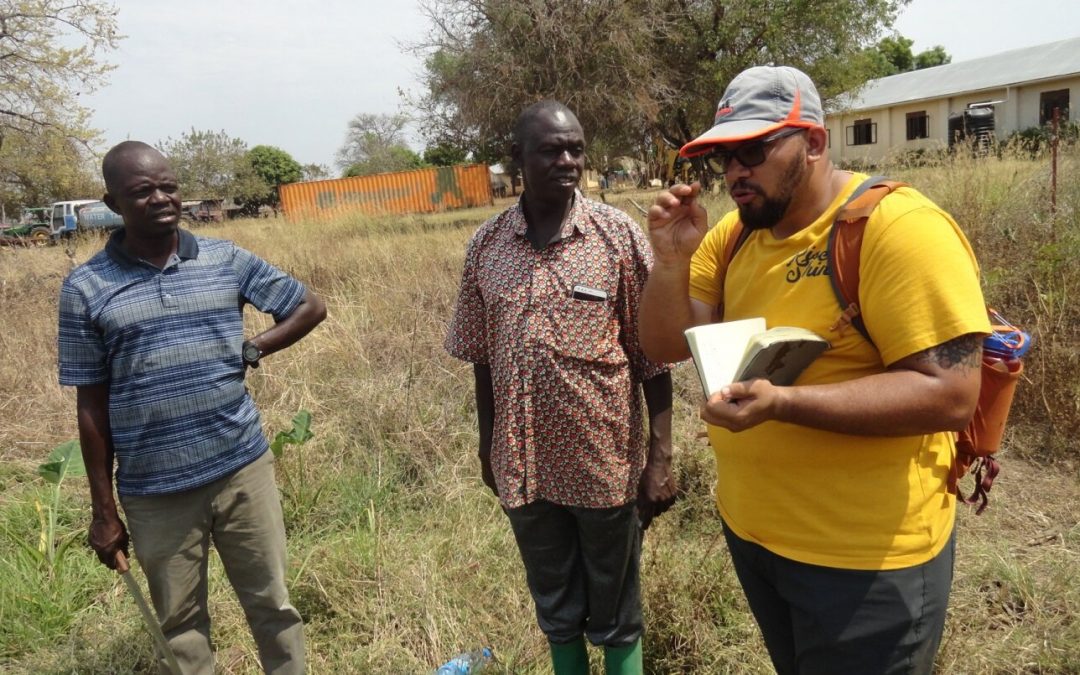 This past Sunday 15th March 2020 was my best day during my visit at Hope For South Sudan. I was invited to share from the pulpit from Acts 27:9-20. My theme was abortion of our journeys. As I shared little did I know my own work at HFSS would abort due to the coronavirus outbreak.

Bryan Pride, an agriculturalist from Rise Against Hunger, and I had been working with Peter Lomago and his team for one week. Bryan was training staff and children at HFSS on how to produce vegetables and cereals for our orphanage and increase food independence.

The small village where Hope For South Sudan compound is located is a quiet place about 6 kms (4 miles) from Torit which is the main town. In our village, unlike Torit, it is cooler and quiet thanks to the preservation of trees at HFSS. There is also no TV or other medium of getting news at our village. However whenever one wants to catch up with the outside world one has to go to Torit where there is better telephone network and connection to internet. It was this visit to Torit that put an end to our scheduled activities at HFSS.

After a day of worshiping with the children, Bryan, Peter and I opted to go for an afternoon cold drink at Torit hotel. As we were seated sipping our cold sodas the large TV screens at the hotel were streaming in numbers of the confirmed coronavirus cases in different parts of the world. At the same it was announced the countries in East Africa were closing border movements in order to control any new infections. It was at this point we realized how the virus was affecting our activity. Bryan and I had to leave to avoid being locked up in South Sudan. Word was going round that the South Sudan government would close the borders and flights any time. With not much time left we had to do something.

The evening was long and the moonlight was bright. Above the sky stars were twinkling as if giving us solidarity. Bryan kept browsing his phone trying to contact his office in the USA. Being a Sunday and 9 hours behind our time in Africa complicated everything. Meanwhile I was on the phone contacting LUV office in the USA but then suffered the same fate. Apart from some faint sounds of drums and screams coming from a far distance where there was a traditional ceremony everything else was dead silent. We retired in bed and hoped for the best the following morning.

Bryan and I woke up to a beehive of activity. Rise Against Hunger had secured a flight from Juba to Nairobi for both of us but we could not get a flight Juba (the capital of South Sudan). I tried all of our air mission companies but none of them could get us out of Torit. Driving from Torit to Juba is not always an option. There have been many attacks on the road and it takes 6 hours to make the 160 kms/100 mile stretch. As I was making calls Bryan was busy giving notes to Peter and the agriculture staff on how to proceed with the activities scheduled for the week. Leaving our work unfinished made me feel very sad.

I have personally helped oversee so many evacuations in the past. Many are the times when I have been involved in emergency medical evacuations for the people and children in our network across Sudan and South Sudan. However, this time it was me in the middle of it and every minute counted before the borders were closed.

Finally, a door opened and we got tickets on a commercial flight which flew us from Torit to Juba. Upon arrival in Juba the airport was full of people running helter skelter. Some were too scared to talk yet others were deeply disappointed and frustrated in their efforts to not get flights to their destinations. After 4 hours at the airport we finally boarded a flight to Nairobi. Bryan is currently on transit to the USA.