The Cost to Serve 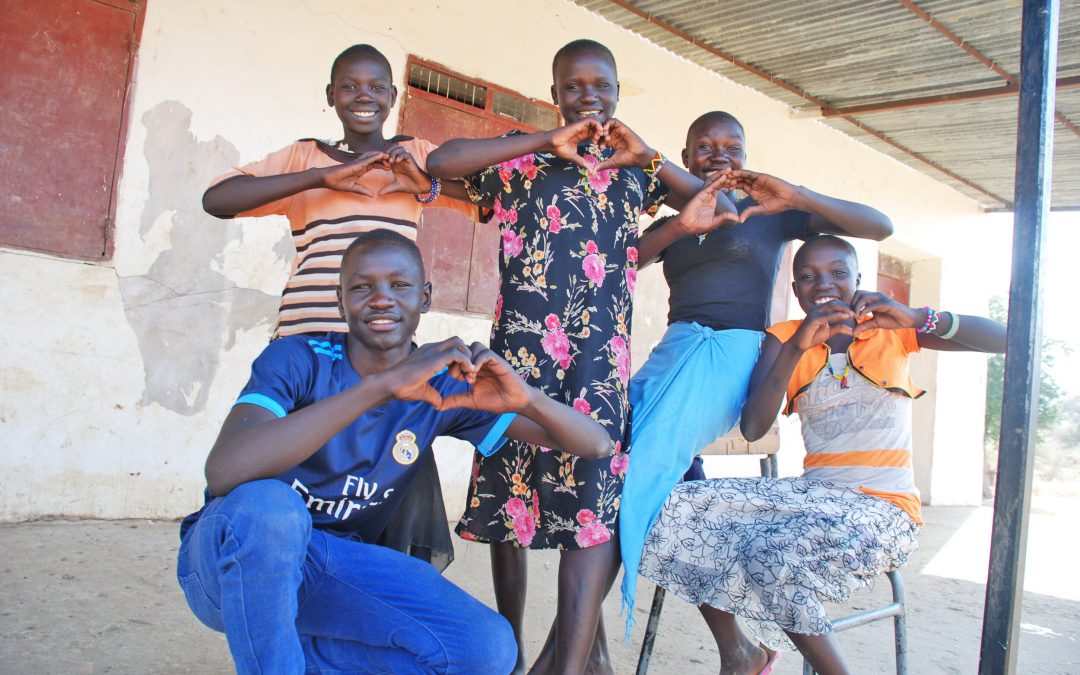 “I will do it again and again. I am happy when I contribute the little I can through what God has given me to help the most vulnerable.

I do not do this because it is a profession and that I am being paid for the work but rather I do it because I want to serve humanity. I also know Satan is never happy to see good things happening and will fight in all ways to discourage and cripple me. I am however gladly willing to pay the ultimate price if that is what I must do.”

These are the words from Simon Kangu one of the truck drivers delivering the much needed food supplies to New Life Ministry in South Sudan and Our Fathers Cleft in the Nuba Mountains of Sudan when I was releasing him from Nairobi.

For close to 2 months we have been waiting for two 40 ft containers of food which was donated to Lift Up the Vulnerable by Rise Against Hunger for our orphans at Our Father Cleft and New Life Ministry.

Unfortunately, the vessel which carried the shipment from the USA to Kenya delayed arriving at the Port of Mombasa. Where else in other countries it might not be a big deal to plan on logistical changes, South Sudan and Sudan are very complicated. All supplies have to be scheduled in such a way that they arrive during the dry season from November to April because when it rains the roads become impassable.

For instance the road distance from the Port of Mombasa in Kenya to Our Father’s Cleft in the Nuba Mountains Sudan is over to 3400 km (2113 miles) one way. Out of this 1780 km (1106 miles) is composed of rough terrain with no roads.

Our clearing agent did a good job and moved the containers from the port very quickly. However, upon reaching the Kenya/Uganda border—which is 1000 km (620 miles) away—the truck drivers and their assistants found out that the Uganda government had that same day given a directive that trucks can only transit through Uganda with one driver due to the COVID-19 pandemic. What this means for our trucks is that each driver will drive alone for the best part of the over 20 day journey. While in South Sudan they will drive for weeks through road less bushes infested with cattle rustlers and bandits. The bandits are mostly on the roads waiting to waylay and attack the trucks specifically carrying supplies.

Simon has been driving on these roads for close to 10 years now.

In that period he has seen his fair share of the evils human beings bring upon each other. Many are the times when he has picked people who are sick and too weak to walk and dropped them near some town centers. Other times he has had to dodge driving over dead bodies riddled with bullets from highway bandits or even cattle rustlers. It never dwelled upon Simon that he would one day be a victim too.

Three years ago, Simon had the shock of his life when he was driving back to Kenya after safely delivering supplies to Our Father’s Cleft. At first he heard a big explosion, followed in quick succession by another and another. By the time he realized he was in danger his truck cabin was full of white dust such that he could hardly see ahead. His left hand had suddenly become numb. It was then he realized several bullets from an AK 47 riffle had gone through his truck cabin with one of them hitting and shattering his fire extinguisher and hence filling his cabin with carbon dioxide dust. Another one went through the windscreen and hit his hand just above the elbow. He was in extreme pain, yet, he could not stop nor even have time to control the blood coming from the gunshot wound. Simon drove his truck to the nearest mission hospital 100 km (62 miles) away. At one point he was able to remove his shirt—as he was still driving—and tied his hand so that he did not lose more blood and become too weak to continue. Upon reaching the hospital 6 hours later, Simon collapsed on his seat. The nurses picked him up and he was admitted for several days before he could drive back to Kenya.

Despite his harrowing and near-death experience, Simon resumed his mission to serve when he was strong enough and continued to deliver supplies to the anti-trafficking network in Sudan and South Sudan!

As I write Simon and Tom (the driver of the other truck) are now stuck at Uganda/South Sudan border.

The pandemic has slowed down the clearance process such that what would normally take only 3 days is taking over a week. Hundreds of trucks are waiting to be cleared to get into South Sudan. At the same time, the clouds are getting heavier every day and soon the rains will start falling making the roads completely impassable.

Simon and Tom have 20+ days more of driving though bushes and are very much aware of the difficulties, the risks, and certainly the dangers ahead. Yet, they are determined to deliver this live saving food to the most vulnerable orphans. Despite the cost, both men are passionate in their desire to serve.

Please stand with us in prayer over this next month

for Simon, Tom, and safe passage of this life-saving food.