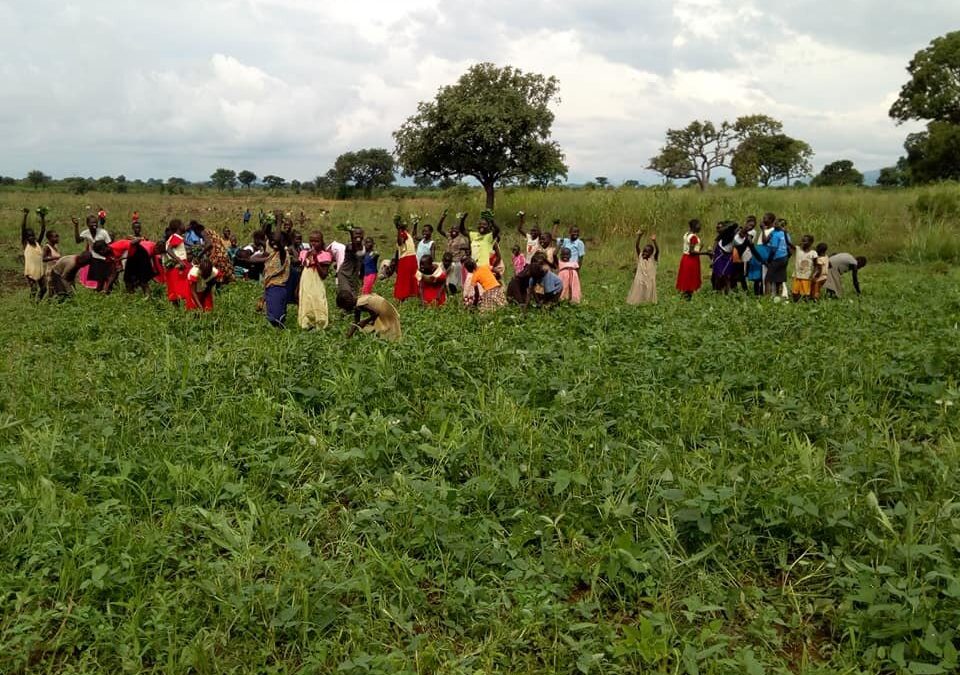 For the past few months I have been going through what I have come to know as the most difficult period of my life. Usually when we release food and other supply trucks to deliver goods to Sudan and South Sudan I retreat back for prayers. During that period my phone is never switched off. Any call from the transporter or the crew always sends a panic down my spine and for good reason, if you remember Simon’s story.

South Sudan and Sudan are the most complicated parts of the world to plan for logistics.

Trucks travel thousands of kilometres through very insecure roadless lands. In most places there are no bridges to cross rivers and therefore trucks drive across swollen or sometimes mud thick river beds.

For a 50 plus ton truck it is so easy to tip over the sharp river edges. It is no wonder then that many trucks have been abandoned in remote places after experiencing mechanical problems or tripping off the terrible roadless paths. There are simply no mechanic shops or towing services available to come offer help. Others get stuck during the rainy season and the drivers abandon them to fate.

Trucking in thousands of tons of food and supplies to South Sudan and Sudan from Kenya is our current tradition and has been “the way things are done” since New Life Ministry first began in 2005. This costs hundreds of thousands of dollars every year. Often the transportation costs just as much as the supplies themselves. With time this transport tradition has proved it is not only expensive but also complicated because of the changing social, economic and political environment all over the world.

Lift Up the Vulnerable’s greatest task has been to envision more sustainable and locally born solutions with our indigenous partners—especially for food independence.

The people of South Sudan and Sudan have been in war for over 40 years. The effect of this has been a total collapse of critical infrastructure like healthcare, education, road networks, agriculture, and industrial development. Only 27% of people can read and write in South Sudan and therefore it is one of the areas with the lowest literacy rate in the world.

Myths, legends, traditions and popular beliefs have taken precedent over modern-day scientific proven methods of problem solving or developing a community and a nation. Corrupt leaders also exploit the fears and beliefs of their people; so instead of expansion and innovation, the broken systems stay stuck in their brokenness.

The problem of aid-reliance is also generational. The youngest generation was born and found their fathers receiving food and other aid services from international organizations. So too, their fathers were also born and found their fathers receiving the same aid and growing dependency—therefore it has been a cycle running for several decades. Aid agencies spend millions of dollars every year on direct aid rather than building capacity towards production which would break the aid cycle. At times and in critical war situations, aid is a gift but when aid becomes the norm communities remain dependent and unable to thrive.

For the last 2 years LUV has been working tirelessly with our indigenous and international partners to take incremental steps toward self-sustainability and local capacity building at each of our children protection centers of New Life Ministry, Hope for South Sudan, and Our Father’s Cleft.

Where as we have been having some “little farming” in the past at Hope For South Sudan (near the border with Uganda)—there has been none going on in the other two centers.

One of our first tasks has been in taking steps to shift community mindsets from traditions, myths and legends. For example, one of the myths among some communities in South Sudan is that when someone does farming, he or she disturbs the ancestors and therefore will invite a curse to the community. This is not only false but also discourages some communities from crop farming and hence perpetuates hunger and starvation in a region where there is more than adequate opportunity and 6 months of rainfall; the effects of prolonged war notwithstanding.

In 2020, Lift Up the Vulnerable is going against all odds and is now involved in full production of food crops! 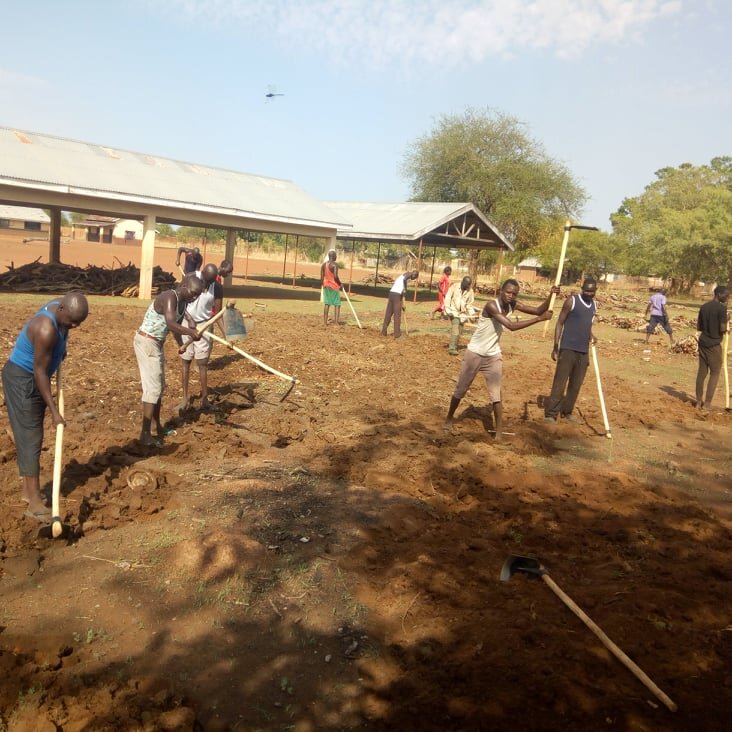 Students and staff participate in cultivation of land at all locations in our anti-trafficking network. Crops like corn, pictured above, are starting to grow with an anticipated harvest in August!

Much as it is a small start during this year’s current farming season we have 7.8 acres under food crops at New Life Ministry and 8 acres at Our Father’s Cleft in the Nuba Mountains.

At Hope for South Sudan we have begun cultivating more than 40 acres of land. (Hope for South Sudan also has the largest orchard in the area). In the next few years, Lift Up the Vulnerable will be working with some likeminded development partners to increase food production. Exciting updates about these partnerships will be coming soon! We expect to have double or even triple of the current area under crop cultivation and a thriving agribusiness. At HFSS we will also be embarking on bee keeping, fish farming, and animal husbandry.

As we do all this, we also plan to extend training to orphans and widows in the local communities so that they can develop the same models of food independence through agriculture in their homesteads. This also means more vulnerable children and women will be empowered!

The ultimate goal is to produce enough food for consumption in all of our centers where we are taking 100% care of over 1,500 orphans. We also plan to sell all surplus in the market to generate income for our education programs. These foundational steps will empower the local communities to break the cycle of poverty and aid dependence through locally available resources.

Food security and economic empowerment are key components in preventing human trafficking in regions were extreme poverty flourishes. Join Lift Up the Vulnerable today in tending, watering, investing in, and empowering a new generation of changemakers in warzones.