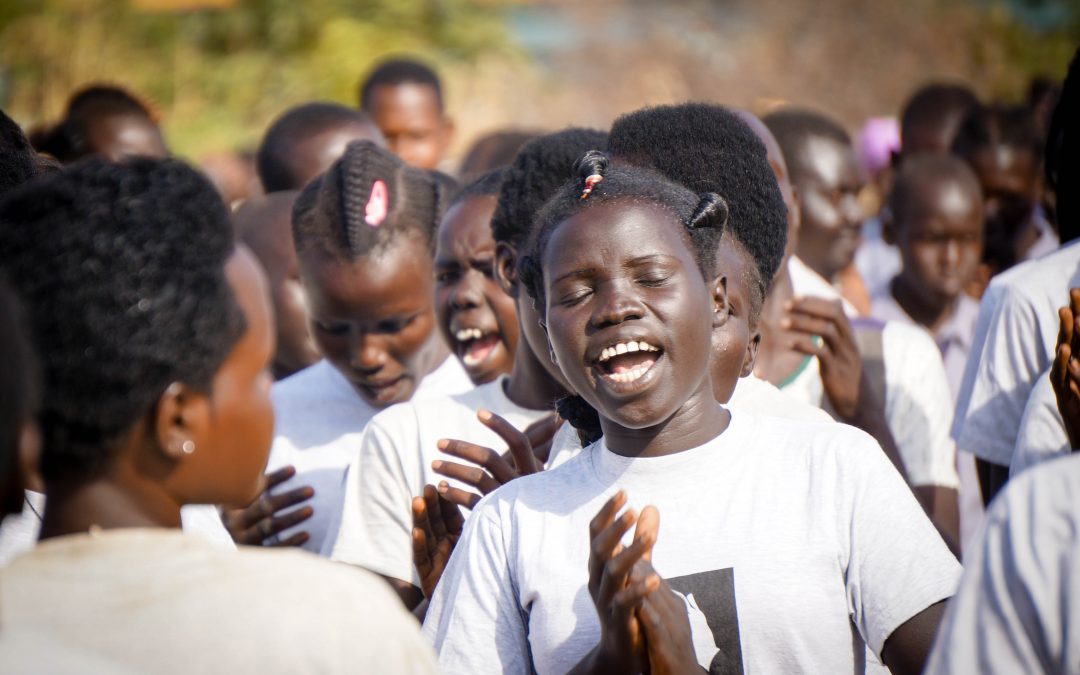 “Akuach” knew she and her older sisters needed help when her mother died and there wasn’t enough food for her family. Her hungry-belly-growls and her sister’s tears inspired the then nearly eleven-year-old to bravely lead them on the hunt for food—begging from strangers.

Sadly, Akuach’s innocent desire to seek solutions for her family could have led her and her sisters straight into the snares of those who seek to exploit the most vulnerable. Growing up with the instability and extreme poverty of the war-torn nation of South Sudan, Akuach and her sisters were always fated to be at higher-risk for exploitation and trafficking—simply for being girls and hungry.

However, your generosity helps make a different way possible for children like Akuach—who has been protected, educated, and empowered through our anti-human trafficking network since 2007.

Before divine guidance led her to meet James Lual Atak, executive director of New Life Ministry, she shares that life was not easy:

My mother died of malaria and we remained with our father. He cared for us but sometimes he used to go to his new wife’s home and left us alone without proper food. My sister used to cry all time because of food. I told them to go to the town and they accepted to go with me. We used to walk from restaurant to restaurant looking for leftovers. Sometimes, we can not get leftovers. We were four, three sisters and I. When James Lual Atak came to the market and found us there, he told us that he would take us with him to the orphanage school and we accepted. Thanks to God.

In a nation where women outnumber men, and less than 30% of the entire adult female population can read and write, Akuach is defying all the odds because she is literate.

She’s also a super hard-working student that is known for her good character. While her sisters felt pressure from the community to drop out of school and married early, Akuach was determined to stay the course and complete her education.

Today, Akuach uses her hunger-for-more spirit, determination, and strong voice as a choir master at the NLM Community Church and during school assembly, a not-to-be-messed-with volleyball player, and at the end of this year, she’ll also be one of the few high school graduates (of either gender) in her community.

Akuach is a part of a new generation of young women restoring hope in South Sudan.

Akuach—and all of the children and women who are being lifted up in our network—remind me of Maya Angelou’s hopeful words, “You may not control all the events that happen to you, but you can decide not to be reduced by them.”

Listen to this inspiring school song led by Akuach; she and the students at NLM have made a bold decision to dream for more with God’s help.

We’re celebrating “Women Making History Month” and all this month we will be featuring the impacts your gifts are making for girls and women in our anti-trafficking network.

We envision a world where vulnerable children and women are empowered and, through them, war-torn communities are transformed.

Today, will you make a donation in honor of Akuach?

Your gift will lift up, protect and empower more lives at-risk of exploitation and trafficking in warzones.