South Sudanese Child Auctioned as a Bride on Social Media 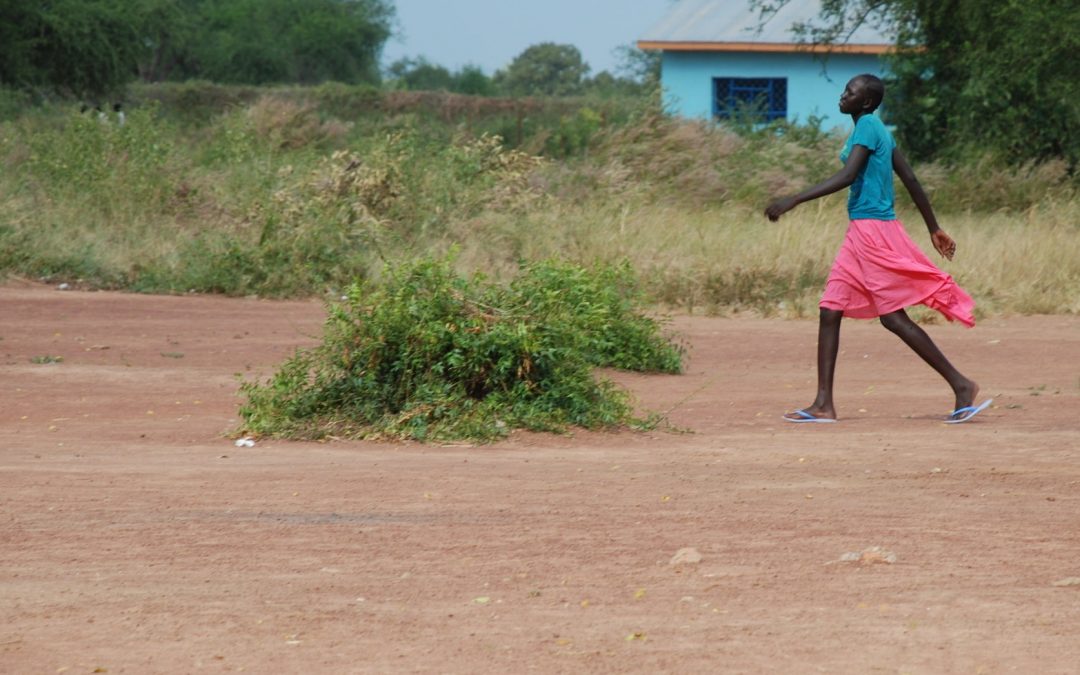 Horrific!  I heard the story on TV and read it in my list-serves about a dozen times this week and was saddened.   But not for the reasons you might think.  For the most part, both TV and newspapers were focused on telling the story of a father auctioning his daughter for sale in South Sudan as a criticism of social media—and yes, there’s much to criticize about social media.  But though social media was the messenger for the sale, the reason this beautiful child was sold like an object or possession has far deeper causes.  She was sold because she was born into a culture that believes that the major purpose for the life of a girl is to serve the best interest of her father and other family and community members.  Reports cited that it was the local community that developed the idea and pushed her father to get the highest price possible through an auction on Facebook.  I couldn’t help but think of this as a 21st century version of slave trading.  She was on the auction block of a computer platform.  Yes, the platform needs “re-form”.  But the story here is much broader and deeper than an internet issue.

I ran a shelter for girls in Southeast Asia for many years, and I will never forget my encounter with an opium-addicted father of one of our residents.  He had sold her twice—she was 11 years old the first time he sold her—but fortunately, she was rescued from sexual slavery and came to live with us, to receive an education, vocational training and Christian education.  One day I took a team of journalists from the US television show “60 Minutes” to some villages as part of a story about sex tourism in Asia and the father of our resident agreed to be interviewed.  I asked him in front of the cameras why he would sell his daughter.  Wasn’t he concerned about her safety, about the violence in the brothels—or about the possibility that she would get AIDS and die?  His answer left the interviewer and cameramen speechless:  “Whatever my daughter can do to make my life better is what she was born to do”.

That attitude is pervasive in many cultures in the world.  Understand me clearly:  I am not judging those whose cultures have dictated such behaviors for millennia.  I am much more harshly critical of my own culture for its exploitation and abuse of women and children.  But as a Christian, who believes that ALL were created in God’s image and have the stamp of God on their souls, I am called to do whatever I can to encourage cultural change and transformation—from the inside out—so that everyone in ALL cultures and societies come to the knowledge of the value and worth of girls—and boys—as precious in God’s eyes—NOT as objects to be bought and sold.  I am called to walk alongside my brothers and sisters from other cultures—and work from within my own culture—to do whatever I can to make sure that ALL girls and boys are deeply loved and cared for.

For more than 3 decades, my life has been committed to making sure that girls around the world are protected and given the opportunity to be all that God intended them to be.  I’ve had the privilege of witnessing them change their cultures from the inside out—as God has provided opportunities for girls to be educated—which is transformative!

Research has clearly shown that when we educate girls, we transform communities:

1)      Girls who are educated, marry later and have fewer children

Yes, I was dismayed at the reports of the sale of the South Sudanese girl.  BUT I know that many OTHER girls in South Sudan will not suffer this same abuse because WE have supported New Life Ministry, Hope for South Sudan and Our Father’s Cleft!  Your gifts to “Lift Up the Vulnerable” support these indigenously-run organizations, offering education and opportunities to know Christ—and are our BEST HOPE for change to happen from within.

Join me in generously supporting “Lift Up the Vulnerable”!  With your gifts and our indigenous partnerships in South Sudan, we participate in HOPE for a country where every girl knows that she is created in God’s image—Valuable and Loved—and every adult is passionate about protecting her!

Board Member, Lift Up the Vulnerable