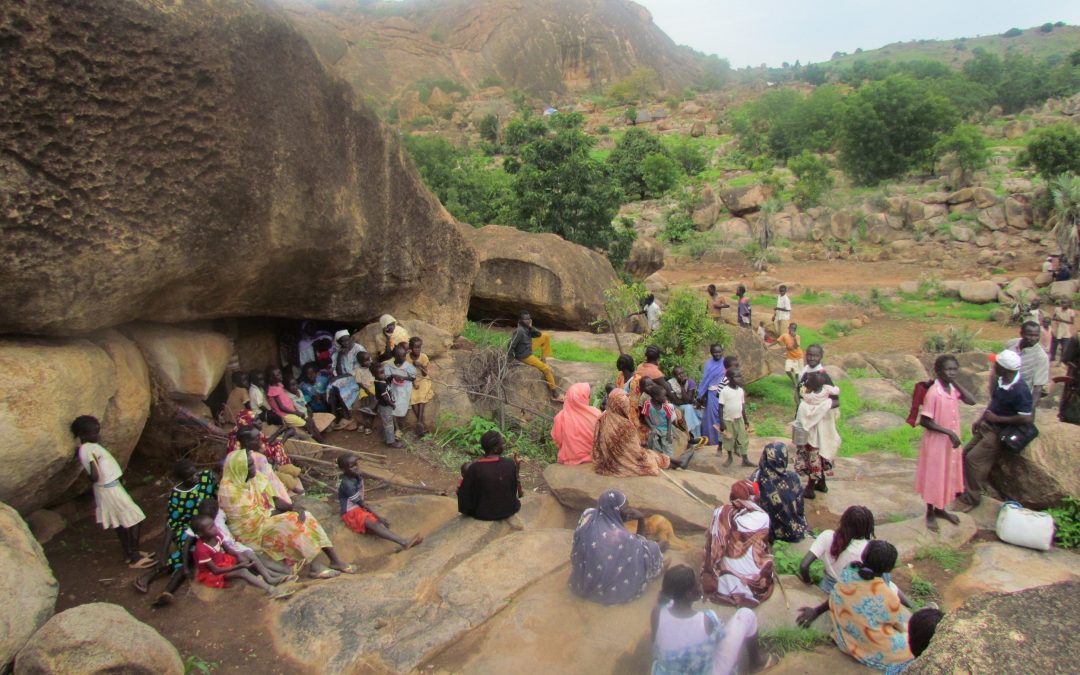 Greetings from the Nuba Mountains of Sudan!

These precious children wanted me to share with you a video message of hope, thanks, and love from their home at Our Father’s Cleft!

One of the precious lives in the video is William Abdurahman. William is the song leader and is thirteen-years-old.

William and the 25 others singing, drumming, and dancing are growing up in a warzone where active genocide against the people of Nuba has been raging for much of their childhood.

Our Father’s Cleft (OFC) was so named because children would run to hide in the mountain clefts when the northern government would send bomber planes to terrorize their villages. Before OFC began protecting children in 2010, the clefts of the mountains was where they found safety and shelter in the midst of the horrors of war.

While the northern government sent warfare to torture communities by plane and systematically banned humanitarian aid—extreme “poverty plus” deepened in this very isolated region.

When William was a small child he lost both his father and his mother. His father’s life was taken in violence by a murderer who is yet to be apprehended through a justice system that does not exist. A few years later, his mother and his small sister died as a result of burns when their tuckle (mud brick and grass roof house) caught on fire at night. His mother was lighting a fire inside the house to cook over but the fire came too close to the grass roof and it quickly spread and consumed all in its sight. With no hospitals or medical care to offer them restorative treatment, their lives slipped in and out of consciousness for three days before they passed away.

William and his brother Kuti and sister Kaka (who both have intellectual disabilities) were able to escape and were left under the care of his grandparents. Shortly after the children came to live with them, their grandmother died of “unknown diseases.”  Then, as if worse couldn’t be imagined, their grandfather died last month leaving them utterly orphans.

Jesus—miracle working God is also a song of thanksgiving—first to God, but then also to you, when you participate in and manifest the mission of Love for all.  Your giving, sharing, serving, and lifting—in partnership with God—makes the impossible possible for the most vulnerable in our world.

This holiday season, LUV needs God sized miracles to continue to support the children and the staff in our anti-trafficking network.

A generous family committed to lifting up the vulnerable has extended a $100,000 MATCHING GRANT to help us on our way—our first God sized miracle at work!

Every donation you make will be doubled today through December 31st.

God sized miracles are transforming lives in South Sudan and Sudan. William’s one life is a testimony of that grace.

Join the movement of God sized miracles today and help LUV protect, nurture, grow, equip, encourage, and lift up the most vulnerable children and women in warzones.  For nothing will be impossible with God. –Luke 1:37