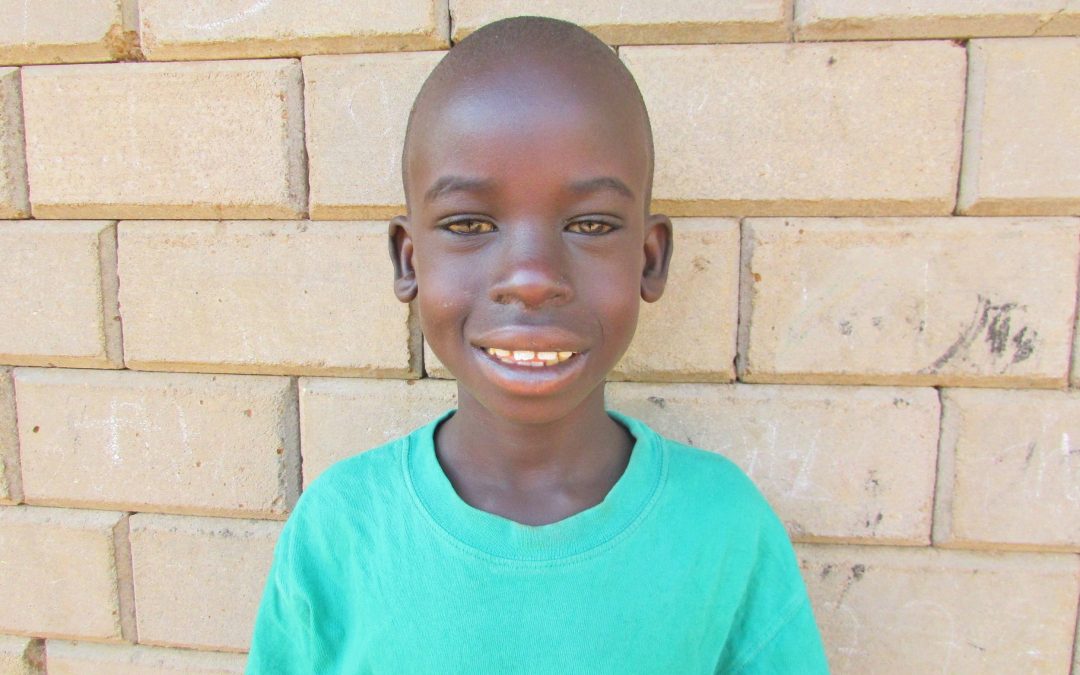 Chris Emmanuel entered the world at Christmastime nearly eight years ago. In the same moment he drew his first breath, his young mother exhausted her last.

Chris’ story began as most children’s who are born in South Sudan—a country wielding the world’s highest maternal and infant mortality rates. However, because of you, his story took a different course.

You equipped our team to rescue Chris days after his birth and brought him into the fold of our Hope for South Sudan family. As a small baby he was prone to sickness, battled malnutrition, and death continued to knock on his door. But because none was available locally, you helped med-evacuate Chris to Nairobi for specialized treatment and many months of recovery with Eugenio and Jane who open their home to children such as these. When he was strong enough to return to South Sudan Chris kept growing, and growing, and soon was thriving. And as strangers-now-family from around the world continued to lift him up, little Chris Emmanuel’s life became a testimony to the movement of Love finding the most vulnerable in unexpected and surprising ways.

Today, at age seven (and eleven months), Chris Emmanuel’s life is also a God-sized-miracle—the type of miracle that happens when impossible is made possible.  A miracle that is animated and activated when you and I get caught up in our part of God’s unfolding story of love and compassion for the whole world.

Sometimes God sized miracles are “unexplainable.” Once, New Life Ministry (along the border of Darfur) was in the direct path of an oncoming invasion from government troops. We prayed and waited. Heavy rains came. Tanks were stuck in the mud. That invasion did not happen and none ever has.

Most often God sized miracles manifest when we participate in God’s mission of loving, giving, serving, sharing, and sacrificing—stepping outside of our normal to take a risk. Sometimes it seems like the smallest of steps (or the tiniest fish meal), but God transforms it and a God sized miracle takes place.

After fifteen years of participating in this mission in South Sudan and Sudan, I know that God sized miracles are real and transform the lives of both the giver and the given to. Children who once learned under the trees by day and slept in the trees by night to avoid hyena attacks are now in university—two are studying French and medicine in Morocco! Young girls who witnessed their parents murdered by the Janjaweed are now safe, learning, and will lead the way for their communities to be transformed. Young boys who ran for their lives when their villages were raided by the Lord’s Resistance Army are now growing as compassionate peacemakers.

This holiday season, LUV needs God sized miracles to continue to support the children and the staff in our anti-trafficking network. We have not been able to raise enough funding for mission critical services. We’ve cut our budget back and also made much advancement, but in the next two months we need to raise more than $400,000 to ensure that children are fed, protected, educated, and lifted up on a journey of restoration.

A generous family committed to lifting up the vulnerable has extended a $100,000 MATCHING GRANT to help us on our way—our first God sized miracle at work!

Every donation you make will be doubled today through December 31st.

Join the movement of God sized miracles today and help LUV grow, equip, nurture, encourage, and lift up the most vulnerable children and women in warzones.  For nothing will be impossible with God. –Luke 1:37