When Every Second Matters 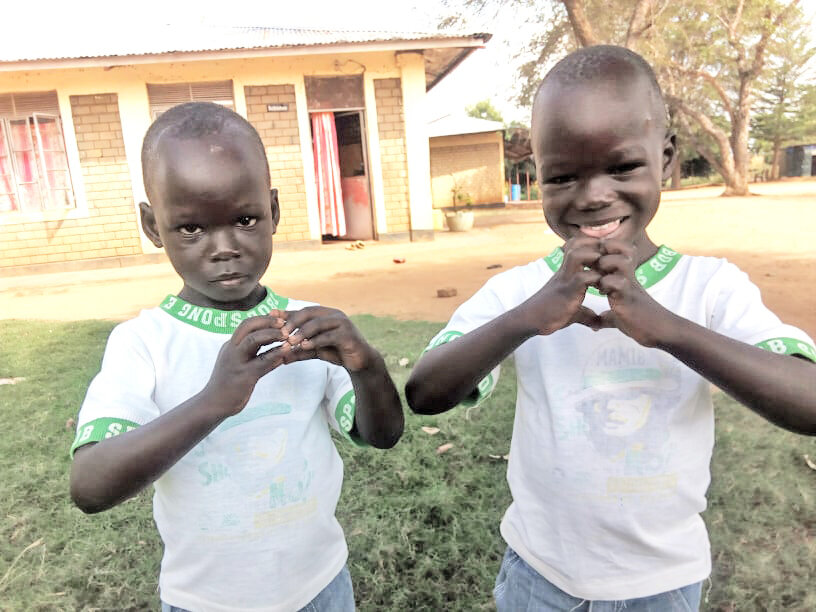 As I sped towards the mountainous highlands of the Rift valley in Kenya, I glanced down at the dashboard to see how fast I was going. Immediately I let off the gas pedal in panic and shook my head in disbelief when I saw I was driving 130 km/hr (80mph)!

I looked back at the passenger seat and my eyes made direct contact with Jane’s. I saw tears flowing down her soft cheeks and I knew something had gone wrong. Before I could ask her what was happening I heard her say, “I can’t feel the child’s breath, I don’t know if he has left us.’’

A cold shiver ran down my spine and my feet started trembling in fear and frustration. I still had another 20 minutes to reach Kijabe Mission Hospital. But I pulled the car to the side of the road to check on the tiny child and praised God when I saw Ochen open his eyes and lazily close them.

Opio was deep in sleep and so at least I knew he would make it to the hospital.

All my worries were now on Ochen whose heartbeat and breath kept on fading.

The long journey for the two twins had started in South Sudan after a report was made to our indigenous leaders at Hope For South Sudan (HFSS), along the border of Uganda, that there were twin boys who were brought to the state hospital in Torit in very bad condition. In desperation, the twins’ mother committed suicide because she had nothing to feed the boys and did not want to watch them die a slow painful death from starvation.

The boys were now in a critical condition—starvation and other complications related to poor feeding had taken their toll on their health. At 6 months old, Opio weiged only 2.5 Kgs (5.5 lbs) while Ochen weighed 2.4 Kgs (5.3 lbs). Their bodies were so emaciated that it was almost like my wife and I were now driving around two small skeletons.

In South Sudan, the government run hospitals have very little to no medicine. The medics are poorly trained, poorly paid, and overwhelmed by the medical needs that they have no resources to meet. The majority have no motivation to work.

In a scenario like this the options before us were desperate. It was either to leave the brothers to die in the state hospital (if we had had no funds to provide for them), or find partners to help us take a risk and intercede on their behalf.  To intercede would require a medevac of the very vulnerable twin boys to Kenya for specialized treatment. A medevac with our partners at AIM Air involves chartering airplanes across the countries and is also very expensive. The situation is at times made more complicated by the slow and unrealistic bureaucracy of the South Sudan government officials. It requires courage, perseverance, and much grace to save a life.

We praise God for your partnership that makes the IMPOSSIBLE POSSIBLE for children like Opio and Ochen!

But although the boys survived the flight, their journey was not over. Darkness had fallen in, visibility was poor, and fog had started gathering as I pulled my car in to the emergency parking lot of Kijabe Hospital. Apart from the noise from the car engine, we all had maintained total silence in meditation during the drive. From a short distance I could see the team of nurses assembled by Dr. Arianna Shrink ready to receive the new tiny patients.

Jane gently handed over the two fragile babies and we were all hurriedly ushered in to the emergency room. For quite a while I stood motionless as I watched the team of missionary doctors embark on the life-saving procedures to save the babies. I was relieved but nervous as I stood watching the doctors attend to Opio and Ochen while whispering to each other. A clock on the wall continued clicking as if a reminder that every second mattered. How I wished it would stop and I prayed that once more God would do a miracle.

I desperately needed to sleep. It was past midnight when Dr. Arianna told me she had performed all the tests and it looked like Baby Ochen’s organs were failing. In the early hours of a new day, both were admitted to the ICU (an overlooked luxury not available in their home country). With the assurance that they were now in the best of hands, I retired to my car in the parking lot and within no time I was fast asleep.

After two weeks in the ICU, the boys were brought to our Kenya Safe House where Jane and I welcome children such as these to continue their healing journey. It took more than one year before Opio and Ochen were strong enough to go back to South Sudan.

It is through giving to Lift Up the Vulnerable that such life-saving missions are made possible. Without your gift of LUV, both boys would never have had a chance on life and because of your partnership they are now thriving at Hope for South Sudan under the watchful eye of Peter Lomago the Hope for South Sudan indigenous director.

In a recent UN report it was predicted that, “In Sudan, 9.3 million people—nearly one in four—will need assistance in 2020.” LUV goes to warzones and places of extreme poverty where children, like Opio and Ochen, are at highest risk of human trafficking and oppression and where little to no other help is available. LUV lifts up the most vulnerable through medical care, education, housing, food, and much, much love so that together we are raising up change agents within their nations and the next generation of peacemakers in warzones.  When you give LUV your partnership makes a direct impact in lifting up the most vulnerable—one (or two) lives at a time.

Join us in participating in even more little lives lifted and—through them—communities transformed!

A generous family committed to lifting up the vulnerable has extended a $100,000 MATCHING GRANT. Every donation you make will be doubled today through December 31st.