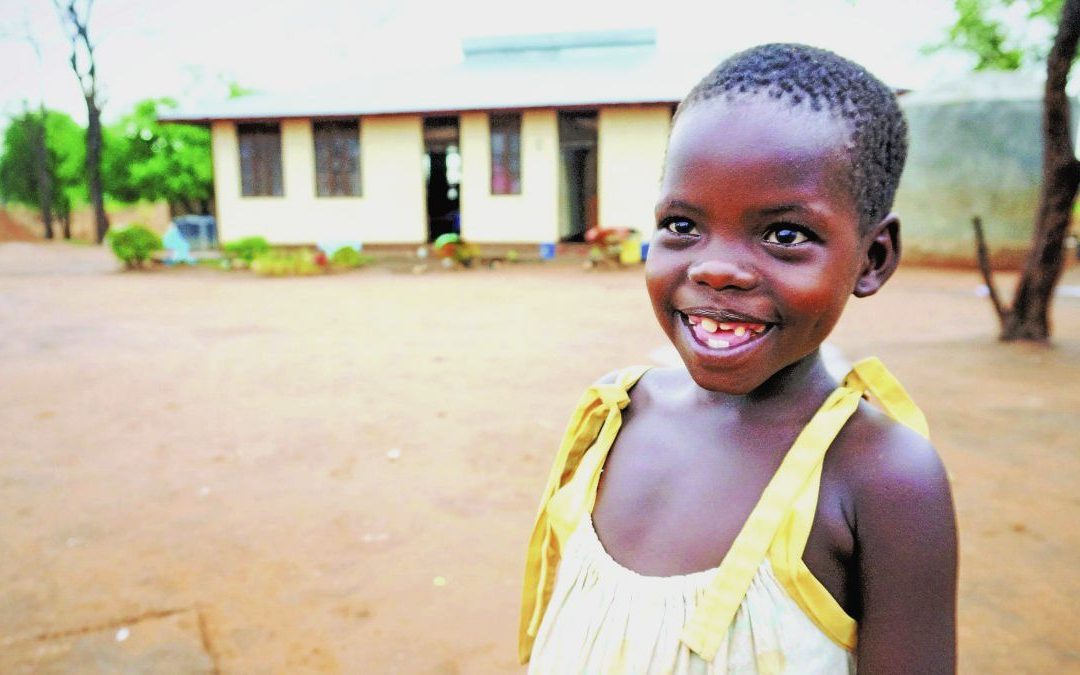 It’s out of desperation when a mother brings her children to one of our safe homes.

It often means tragedy has ripped through her family and the extreme poverty that burdens all in South Sudan is too much for them to bear alone. As often as we are able, we seek solutions for families to stay together. In those cases children simply come to our school and receive food and medical attention. But sometimes the suffering is too great. Akwero and her sister Mary were both brought to our orphan home in late 2008 by their mother. During a raid on their village the year before, the terrorist group known as the Lord’s Resistance Army (LRA) killed their father Joseph. The LRA’s legacy on this earth was one of torturing, raping, killing, and kidnapping to grow their child-soldier army.

To save his family, Joseph ran out into the chaos in order to create a diversion. Joseph’s act of brave love and sacrifice got the desired attention of the LRA while it allowed his wife and children enough time so that they could run far and deep into the bush and hide in the tall grasses. At the time Akwero was just 1 and Mary was 4 or 5.

The bravery and the chaos of it all reminds me of Jordan and Andre Anchondo who were recently killed while trying to protect their two-month-old son, when a terrorist opened fire in a crowded El Paso shopping area. When terror appears to reign in this world, I believe we must work harder still to grow Love. We must take bold steps to counter evil run a muck. When parents, teachers, strangers, or friends must choose to sacrifice their own lives in order to save another—we must meet that bravery with our own generous bravery and stand with and for the vulnerable left behind. For surely we all know today that a terrorist attack does not just happen one day and is done. The ripple effects of hate, grief, and pain continue and affect a family or a nation for years and generations.

South Sudan has only known war for over five decades. Generations and generations have been seared by colonization, government authorized terrorist militias that were sanctioned to enact genocide, trafficking, rape, and incite tribalism. This legacy of hate has destabilized all infrastructure, destroyed millions of lives, and has led to a total country breakdown—so much so that the extreme poverty that the majority in this nation experience leads to extreme vulnerabilities and exploitation. So when one parent dies in a family system all are at greater risk. Mary and Akwero’s grieving mother Irara struggled to find a way but it was impossible for her to send the girls to school, as well as, offer them food and a safe place to live. When she was remarried; her new husband would not care for the children because they were not his own.

Courageous Love is the heartbeat and namesake of our faith. Love is expansive and knows no boundaries, borders, or barriers. Love is Who inspires and Who also invites. With so few options before Irara, when she later learned about the ripple effects of Love washing over her region through our home for the vulnerable called Hope for South Sudan she felt hope grow again. When she discovered that her daughters were welcomed—she seized the chance to see love and opportunity advanced in her family’s life. She choose life for her daughters so that her daughters might have a new beginning, an education, a chance to have nutrition, and grow in hope.

Today, you are needed to continue rewriting the story of Love over broken hearts. Local AND global action are needed. Sponsorship is one small but tremendously important way in which you can join the movement of LUV in this world and raise up a new generation of peace-makers. For just $6/day you can house, educate, heal and restore lives. Akwero is one of many children in our network in need of a sponsor’s love. Donate today to stand with a child in Sudan and South Sudan and lift up the most vulnerable in our world. Love is needed more than ever. Join us.

For they will know us by our Love,
Audrey Moore
Executive Director