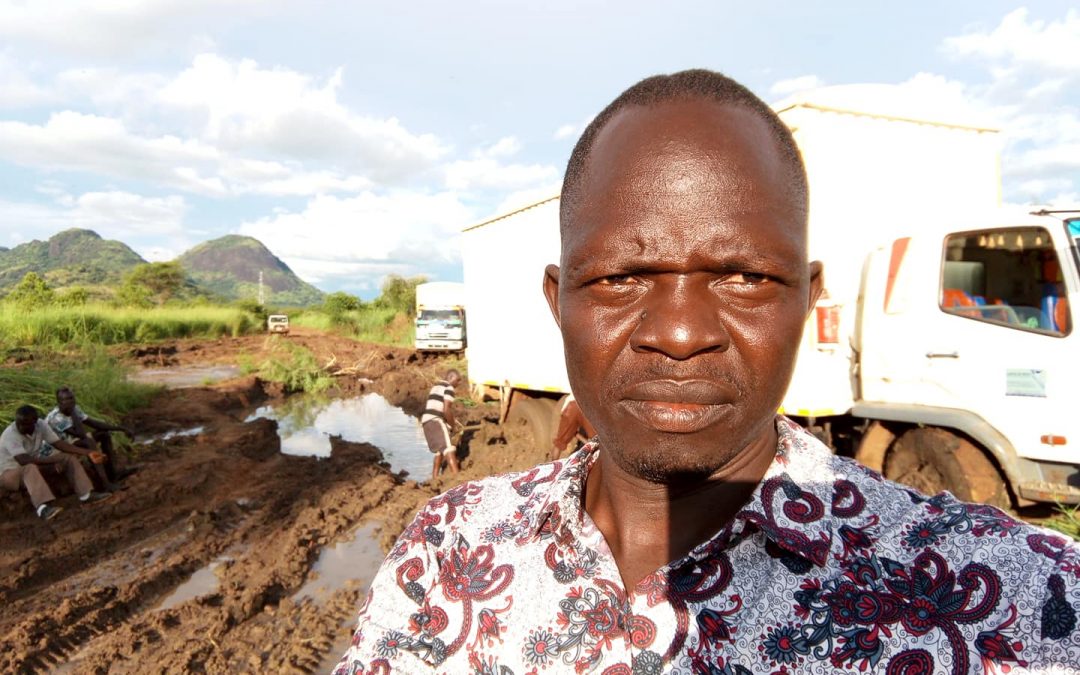 Lately, I’ve been highlighting LUV’s dynamic leaders in Africa. I’ve known for a long time that the strength of the work we do is because of our strong indigenous partners who serve on the front lines in Sudan and South Sudan. Leaders like James Lual Atak, Eugenio Kirima, Ezekiel Ayub, and Jane Mutua… Today, I’d like to celebrate the sacrificial love and service of Peter Lomago, indigenous director at Hope For South Sudan.

I have a tremendous amount of respect for Peter. He is a man of deep faithfulness and commitment to Christ—through extremely thick and desperately thin times. He is not unfamiliar with sorrow. Growing up in South Sudan Peter has known war for much of his life, and yet, he has willingly returned to stand with vulnerable children and women at-risk in an unstable country. As a transitional leader, Peter has also taken on the difficult role of leading Hope For South Sudan just as war began to rage around the compound gates. For some, this extreme stress disorients and hardens; but for Peter it has seemed to deepen him and expand his capacity for innovation, compassion, and also for great sacrificial love.

Shortly after the violence ended last year Peter wrote, “What I have seen is that God truly does use everything—even the things we think are bad—to bring about Goodness. So, I rest in the Goodness of God. Thy Kingdom Come…”

At the beginning of this month you helped us send two food trucks to Hope For South Sudan. As is custom, Peter met Francis (our Kenyan logistician) at the border of Uganda and then traveled with the trucks the remaining several hundred miles to HFSS. During the dry season logistics are difficult on pavement-less and bridge-less roadways. During the rainy season they are nearly impossible. The total trip took the team seven days. For two days the trucks were stuck in the mud. It took one more full day to travel the remaining 50 km (that’s 31 miles) because the way was so rugged.

But that’s not all.  Because the ground was wetter than they were anticipating, the men were often unable to cook the food they had brought with them over a fire and so went without as they journeyed. That’s right, no food… for several days.  Yet, Peter and the drivers were praising God each day for protecting their journey.

Who does that? Who gets in a truck willingly to travel a few hundred unpaved miles knowing that it could take a week or more to arrive at their destination? Who goes knowing that certainly mud will slow them down and that cooking food might not be possible? Who willingly travels by road into a region of the world where encountering war and lawlessness along the way is a real possibility?

Peter Lomago does that. Francis Spencer does that. Eugenio Kirima, James Lual Atak, Ezekiel Ayub and their staff all live a sacrificial life of love to serve the most vulnerable. The act of lifting requires strength; but it also requires a reliance on God’s grace, a heart overflowing with Agape love, a willingness to innovate and think outside of the box, and a humble compassion to ‘serve where needed most.’ These leaders have those key ingredients and they are why the anti-trafficking network is so strong.

Eugenio recently wrote, “Serving the most vulnerable in our world is no small thing; the risks are high, the travels are long and complicated, and the need is great. And yet, every time I simply praise God for the chance to go with love and serve my brothers and sisters in warzones.  Every time I am thankful for the privilege to share in the suffering with my family in Sudan, and also in the comfort of God’s abundant Love.”

As many of you are aware, LUV is working faithfully to ensure that the mission continues in South Sudan and Sudan. Transitions are always hard and we have not yet met our fundraising goals. The board of directors and I are seeking creative solutions to sustain the mission, grow partnerships, and discern what steps to take next. Although we have already made many cutbacks in the USA, Peter and his team at Hope For South Sudan, Ezekiel and his team at Our Father’s Cleft, and James and his team at New Life Ministry are the most impacted as they make loving sacrifices to serve the children and community.

What we are doing together is truly unique and we can’t do it without you! Join us today in lifting up the vulnerable and celebrating the Love of God that is being made manifest in the hardest places in the world.