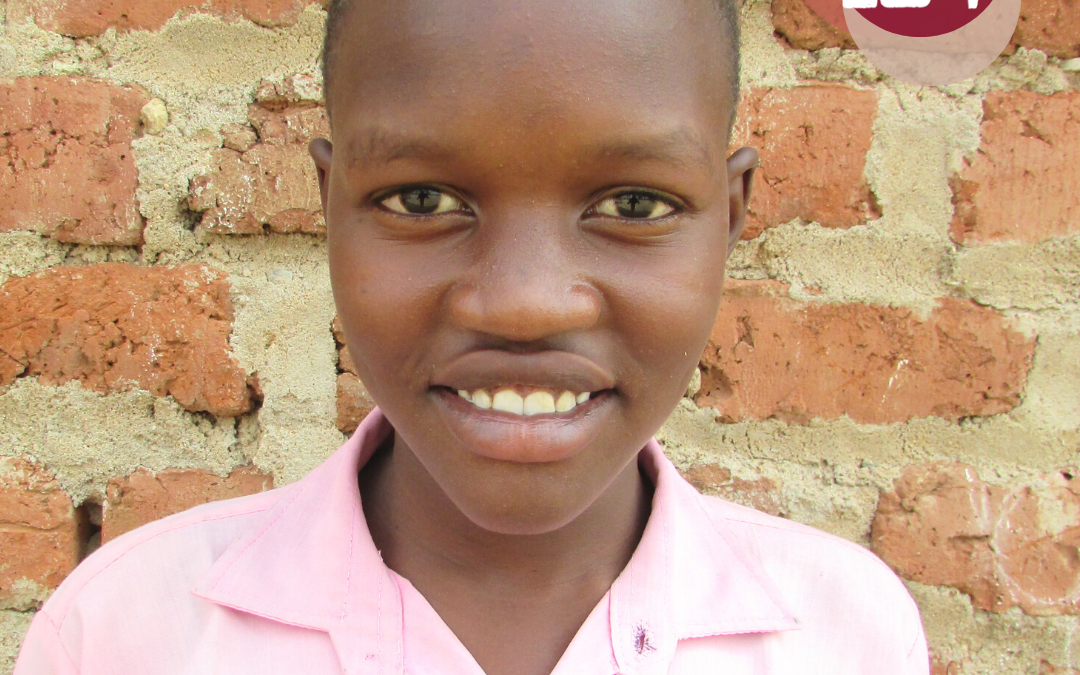 Beneath Nancy’s beautiful face is a story of suffering. Nancy was born in Western Jebel County in the Nuba Mountains thirteen years ago. Nancy lost her father at a very young age due to a TB infection. After the death of her father she stayed with her mother but as fate would have it her mother married another man and abandoned her. Nancy remained with her elderly grandparents.

Nancy started her education in Western Jebel (in a very remote part of Nuba) but due to the poor state of her grandparents she could not continue with education anymore and instead provided care for them. It was also at the time of war and most schools in her locality had closed. In the meantime, her uncles had already gone ahead to find a husband for the then eleven-year-old Nancy as per the customs of her local community.

When Ezekiel Ayub, OFC’s indigenous director, heard Nancy’s story and that she was at risk to becoming a child bride he went to her village to rescue her. For the past two years she’s been living in the safe housing at OFC that you’ve offered to lift up the most vulnerable in Sudan.

Since then Nancy has been thriving! She is a very special girl who plays unique roles in the life at OFC. During evening devotions or at special presentations she is the drummist.  Then as soon as the devotions are over Nancy dashes to the kitchen to help serve other children dinner.  Why does Nancy do this?  Simply because she wants to give back from the abundance of love offered to her.  So Nancy volunteers and serves in any way she is able.

On a typical school day she even wakes up very early in the morning to make sure all the younger and smaller girls protected through safe housing are ready to start their day! It is only after that she prepares herself to go to class.

Nancy is transforming her world with Love because you transformed hers.

Although Nancy is only 13 years old today, Ezekiel continues to receive messages from her uncles that it’s time for Nancy to be released from our watchful care to be married. The real motivation for this early marriage is her bride price—for as her familial “guardians” they will receive cows for her dowry and cows equal wealth. An educated, beautiful young girl will fetch a high price for a family.

Nancy is not the only girl at-risk to becoming a child bride. Estimates as high as 34% of girls in Sudan are married before the age of 18 and 12% are married before their 15th birthday. According to UNICEF, Sudan has the 16th highest absolute number of child brides in the world – 640,000. Poverty PLUS lack of education, power dynamics, traditional customs, and gender inequality… are just some of the factors that play into young girls exploitation in areas of extreme poverty and war.

Ezekiel and the staff at OFC have protected Nancy thus far and have refused to release this girl from OFC. For now she is safe in the cleft of her Father’s love.

It is through your giving to LUV that our anti-trafficking indigenous network has been able to save many girls like Nancy from forced early marriages, exploitation, and trafficking. Your support has ensured safety, housing, education, and an opportunity to thrive.

Give LUV today and help us save and lift up more precious lives!