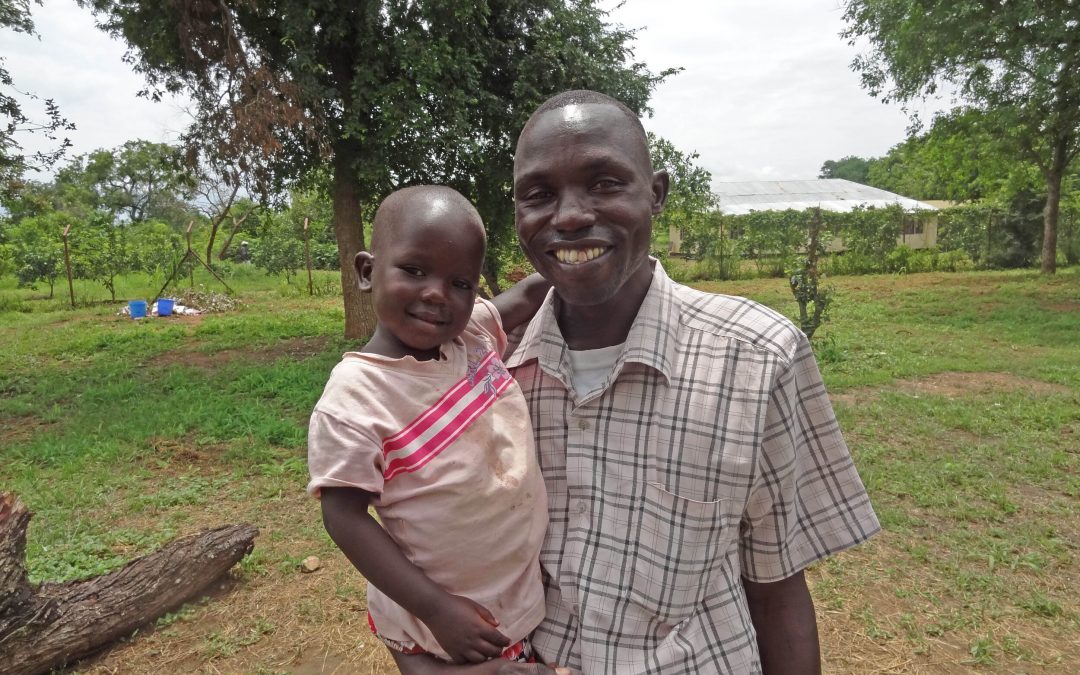 Ezekiel Ayub is a gentle soul with a giant heart.

Growing up in Sudan and South Sudan he experienced the firsthand effects of war on his nation and knew he wanted to be a part of the solution of growing peace.

It has never been an easy journey but Ezekiel faithfully follows God’s lead to protect and empower the most vulnerable. 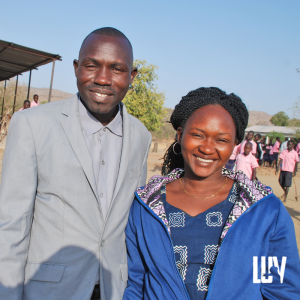 Ezekiel was born in Upper Nile state in the northeast region of South Sudan. During the time of his birth, his father was a student at Gideon Theological College and when his father completed his studies he moved the family back to the Nuba Mountains to became a local church pastor. In 1989, war re-erupted and forced the family to flee north to Port Sudan, along the Red Sea.

Ezekiel started his education and graduated from high school while living as an IDP (Internally Displaced Person) in Port Sudan. As a young adult, when he had the opportunity to return home to the Nuba Mountains he found war had destroyed everything.

Although not trained as a teacher, Ezekiel was inspired to use the gift of education he had received to enact change in his community. He began serving in local schools for two years until he joined Emmanuel Christian College in South Sudan for a teachers training course in 2004.

While at the college, Ezekiel was offered the opportunity to upgrade his education certificate and attend missionary training in Zambia.

It was on this mission that he first met Peter Lomago—now indigenous director of Hope For South Sudan—when they were both young men.

After his time in Zambia, he returned to Sudan as a missionary teacher under the support of Open Doors and then worked for Samaritan’s Purse as a food monitor.

In 2013, Ezekiel’s faithful journey was about to take a tremendous and life changing turn.

At that time, Hope For South Sudan—LUV’s partner along the border of Uganda—was expanding the school program and the leaders wanted to recruit teachers to be a part of their ministry who saw their work more as a vocation than merely a job.

In their discernment, God’s nudge prompted them to reach out to Ezekiel.

With bold faith and a deep desire to serve wherever God would lead next, Ezekiel courageously accepted the invitation to journey 500 miles southward to an unknown village, an unknown tribe, and become a part of something new God had begun to protect and empower children at-risk to human trafficking and oppression—like Nalukang (pictured below with Ezekiel). 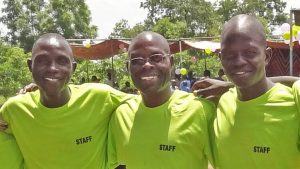 Ezekiel (left) and Peter (right) at Hope For South Sudan where they both started as teachers.

Only a few years later in 2015, Ezekiel humbly accepted his largest and most challenging assignment to date: to return back home to the Nuba Mountains during war and become the indigenous director at Our Father’s Cleft ministry.

What Ezekiel practiced into a habit throughout his life and in the winding turns of his journey was a willingness to remain open to simply serve with love wherever the path would lead—even when it would mean returning to Nuba during an active genocide that was being enacted on his community by the northern government.

Ezekiel is the definition of faithful servanthood and has dedicated his life to empowering changemakers and protecting the most vulnerable children in Sudan and South Sudan.

For over a year, Ezekiel has been suffering from a variety of health issues—including, most recently, a double combination of dysentery and malaria. He has exhausted all of the very limited health options in his region and has been unable to get the medical support he needs.

We are making plans to bring Ezekiel to Kenya for a thorough medical evaluation and time to rest and heal. He’ll stay under the loving care of Eugenio and Jane at the Kenya Safe House.

Please donate today in honor of Ezekiel to help us lift up, care for, and save this compassionate servant.

Ezekiel shared with me last week that it has been a very difficult and discouraging season in his life as he’s wrestled with his health and the debilitating pain he experiences. But helping the vulnerable and living out his passion “rises his courage” to continue. He faithfully pours out his life for them because he knows that the children have little to no other options for support.

I’d love to also share your messages of solidarity and prayers to encourage Ezekiel!  Please simply reply to this email and I’ll be sure to deliver your hope and love to him.

Thank you for being on this journey with us.