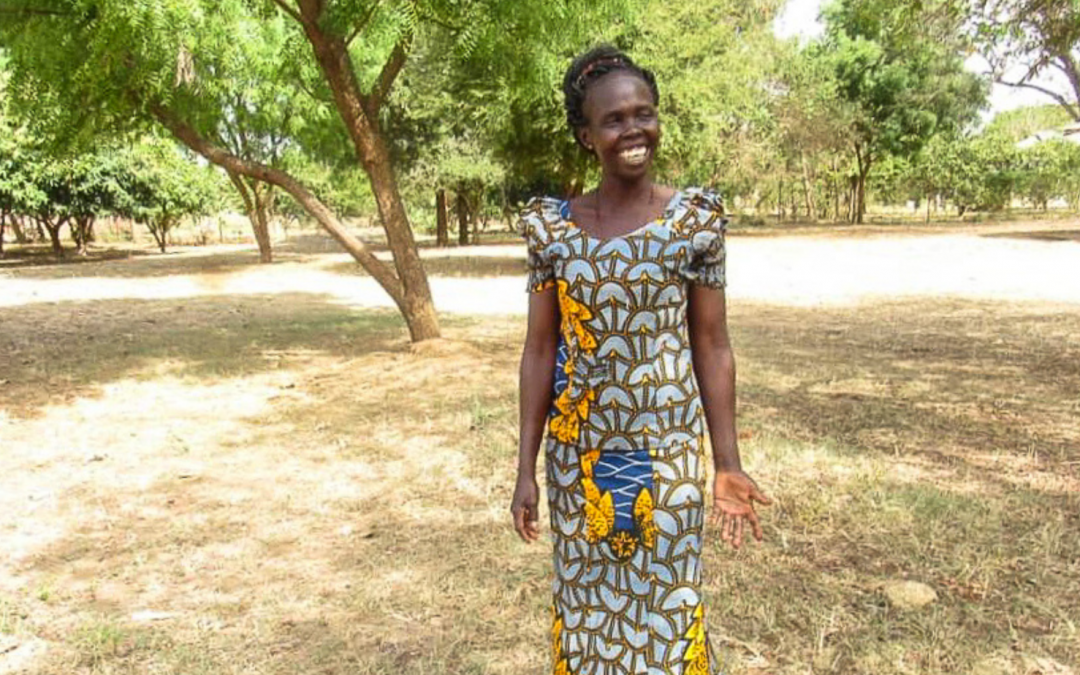 Give to support girls and women in our programs.

Today is International Women’s Day, and leaders like Grace exemplify what it means to serve as agents of change in the communities where we work. “Teacher Grace,” as students call her, is an inspiration for the children in our trafficking prevention programs.

Teacher Grace has served in the Hope For South Sudan (HFSS) elementary school since 2018. She teaches math, science, social studies, and english in grades 1, 3, and 4 and helps with the school choir and sports.

Grace is effective at her work because she understands firsthand the adversities students in our education program have faced, allowing her to bring an empathetic compassion to all she does.

But the gift of empathy is often hard-earned.

In a recent interview with Eugenio Kirima, LUV’s Chief Program Officer, she shared,

“I have lived with a lot of pain in my heart towards my father. I could not understand why he let me go through untold suffering. I have tried as much as possible to accept the fact that probably he could not take it anymore but then I feel pain to imagine that he sacrificed me to bear the pain and carry his cross. The struggle of being a family head, at the age of 16 years, in a refugee camp, where there was no respect for human dignity — was the hardest thing for me. I still live with fear that if anything happens to South Sudan again I might end up back in the refugee camp. I do not want my children to go through what I went through.”

“Throughout my career, I’ve conducted hundreds of interviews of students you help us protect and staff serving in LUV’s anti-trafficking network. This one was really difficult. In the process, what I have come to believe is that Grace is one of the strongest women I have met.”

At only 10 years old, Grace moved with her family from South Sudan to Uganda to escape war. However, refugee camps were under constant attacks from the Lord’s Resistance Army (LRA), a militia group that terrorized the regions of northern Uganda and the eastern parts of South Sudan.

The LRA was infamous for attacking villages to kidnap boys as child soldiers and traffick young girls to serve as sex slaves. These attacks forced refugees to flee from one camp to another, desperately seeking safety.

Living constantly on the run was tremendously difficult.The persistent danger and lack of food made it a struggle to survive. Amid such fragile circumstances, things turned worse when Grace’s mother died. Eventually, their father abandoned the family and went back to South Sudan — leaving Grace (at age 16) as the head of a family of six in a foreign land.

But strength and determination were ignited in Grace.

She bravely worked to feed, protect, pay for school fees, even when it meant she had to personally drop out of school for a time to provide for her siblings. Grace’s tenacity eventually uplifted her entire family, and in 2008, they all moved back to South Sudan, where Grace enrolled in a program to become a primary school teacher.

Grace is a part of a new generation of women making history and restoring hope in South Sudan.

Grace’s perseverance has created a ripple effect of empowerment in her family — already four siblings and one cousin have completed university because of the support she offered them.

Now, she’s extending that dedication and compassion to the children in our network.

Grace — and all of our indigenous partners — know intimately that when we empower people who are vulnerable, we transform the world.

Your generosity works hand in hand with Grace’s compassionate leadership to empower hundreds of children to be change-agents in their own lives and war-torn communities… children like Nala* in Grace’s third grade class (stay tuned for her story next week!)

Join us today by starting a monthly donation to constantly extend hope and healing — through local leaders like Grace — to the most vulnerable children in our world.