Transforming the world, one foxhole at a time. 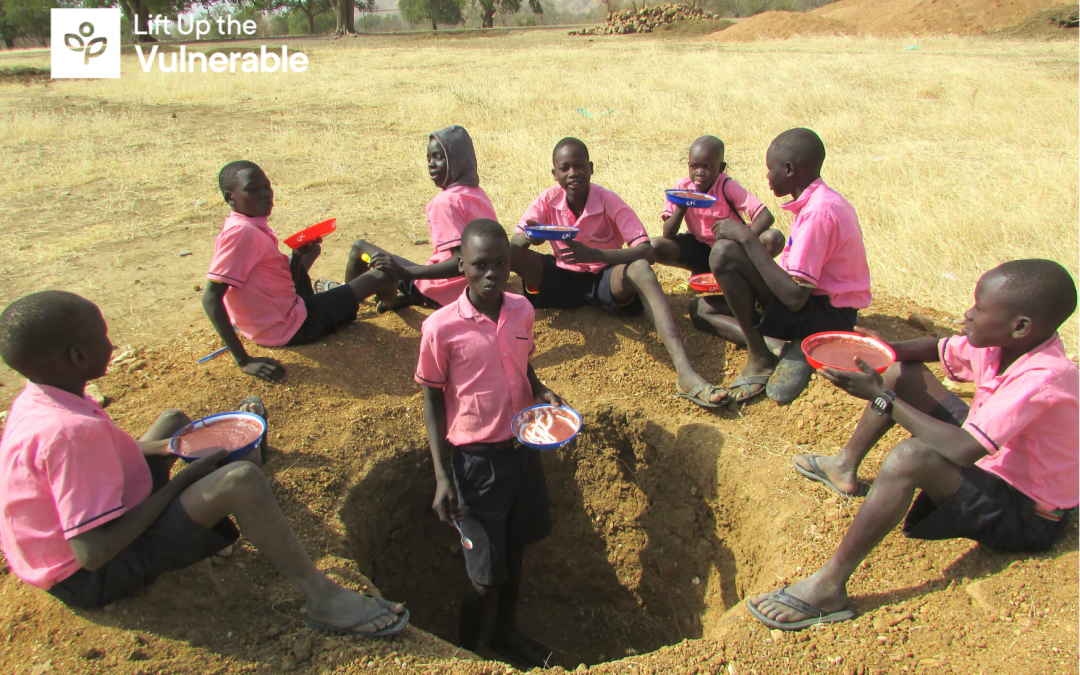 When our team had the opportunity to visit Our Father’s Cleft (OFC) in the Nuba Mountains of Sudan, I had prepared myself to visit a community destroyed by war. Just a few years ago, lives were shattered and traumatized by aerial bombings and, even more recently, by tribal fighting. One of the most prominent reminders of war I had heard colleagues speak about is the compound’s foxholes that still memorialize the remembrance of oppression and pain.

Driving around the region where OFC is located, signs of war and conflict — bombed trees, undetonated missiles, and destroyed homes — are still an ever-present reminder of the recent past. We even drove by Land Cruisers with their tops cut off to mount anti-aircraft weapons casually parked in the shade.

From the first day we arrived, marks of war were evident at the OFC compound. Still, it didn’t hit me until one of the leaders stood in one wide shallow hole about 3 feet deep and casually mentioned that groups of adults and children would pile into these small pockets dug out of the land.

With a time of peace returning to the land, what encouraged me most was that many dugouts are now being used for mundane activities, such as burning refuse and scraps or planting small gardens. Some were disappearing as the strong dusty winds filled them with dirt and debris.

One foxhole, however, stood out from all of the others.

While mapping the future location of a new building planned for the primary school, one of the teachers pointed to a larger hole nearby and commented that we should fill that in. Suddenly, someone else began talking about the need for more rain catchments and storage tanks.

Within minutes of brainstorming, the foxhole had been turned into the future location of an underground water tank, which would be filled using rainwater runoff from the new school building and used to irrigate a future garden nearby!

It was inspiring to listen in as these ideas and plans were being dreamed up. Your partnership and generosity is fostering innovation that will lead the way to even more children being equipped and empowered. Despite suffering and trauma, the leaders are thinking about how to make the land flourish and enhance the protection and education of students.

In the sacred moment of transformation, I knew hope was being restored.

LUV exists to prevent the trafficking and oppression of vulnerable children and women and empower them to be changemakers in their communities. Once viewed as a symbol of war and death, the foxhole was transformed into a symbol of new life when seen through the hope-filled eyes of empowered people. LUV chooses to work in warzones and go to the hardest to reach places in the world today because we believe that when we empower those who are vulnerable, we transform the world.

Join us with a life-saving gift today.