Doing It All for the Most Vulnerable 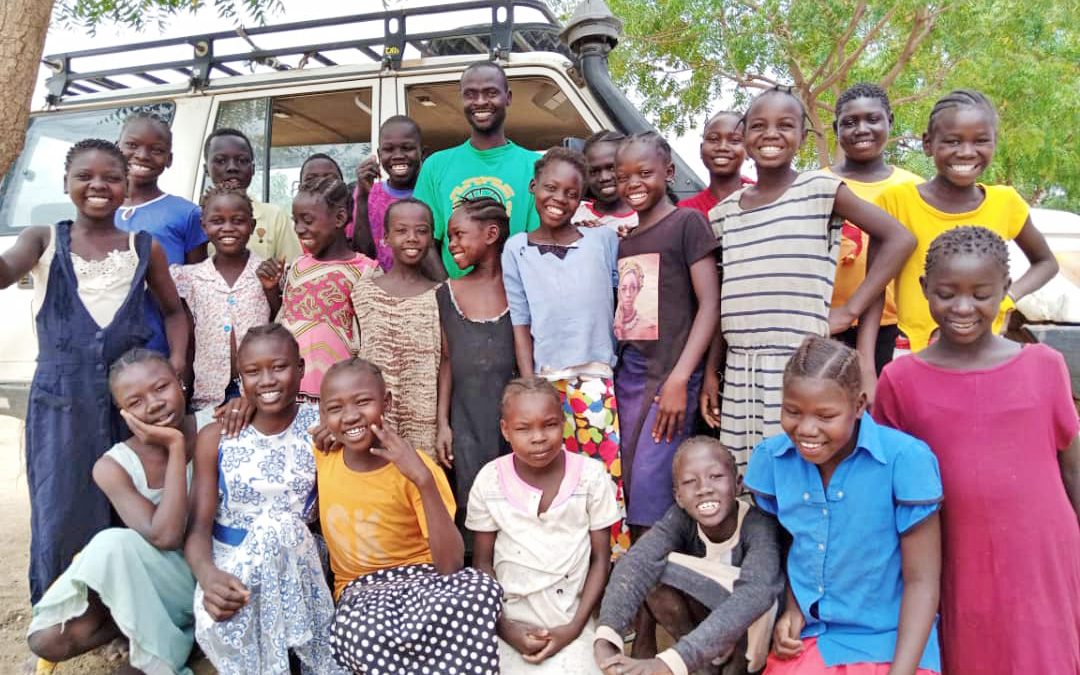 As he maneuvers through the roadless dry bushes one never ceases to wonder. He is cautious, careful and will even see some objects which are on the dusty path before anyone else. His awareness of the surroundings keeps him looking in all directions while steering the car and, yet he makes sure he keeps his passengers busy with stories and tales of each place he passes through.

His sense for danger is unequaled. He can almost always tell when there is danger ahead and will not hesitate to give commands to his passengers to keep everyone safe.

He has been along these dusty paths for so long that he has mastered each place and along the whole route he is loved by the people and the army who keep guard at the roadblocks. You will always see him exchange smiles with the army as they wave him through to continue with the journey after giving only a short security check.

Yassir and his other siblings were abandoned by their father at a very young age which automatically turned Yassir into the bread winner of the family while he was still only a child himself.

In warzones, children often find themselves taking responsibility for heading a family. This is because some families will lose both parents or guardians during war, while for others a guardian is injured to the point of being dependent on their young children. Others still cannot withstand the pressure of bringing up the family in tremendously difficult situations and therefore abandon their children and run away to unknown destinations.

For the children who are lucky, the parents come back after many years gone. Some, however, never come back and their whereabouts remain unknown.

Yassir did not continue with school because of the heavy load of providing for the family. Instead, he continued doing manual jobs while his salary allowed for the education of his siblings.

After a long struggle doing all types of manual labor, Yassir was employed by one of the international organizations working in the region where he was trained as a driver and mechanic. This training was a game changer and enabled him to be employed by the UN—mostly dealing with heavy commercial vehicles.

He continued working for the UN until 2011 when they pulled out of the Nuba Mountains after fighting re-erupted in the region.

Indigenously directed and led, Our Father’s Cleft (LUV’s partner in the region), stood firm in protecting the most vulnerable children and women and protected, educated, and continued to empower them throughout the conflict.  And in, 2013, Yassir joined OFC as a driver.

Ezekiel Ayub, executive director of Our Father’s Cleft shared, “Yassir is a well-disciplined person committed to his work. He sacrifices most of his time to serving the ministry tirelessly. He has never complained. Yassir offered himself in serving the vulnerable children especially during the tough times of war. Even though he would be given another job somewhere with a better pay he never quit.”

Yassir said that his most challenging times are when he has to drive children to the hospital in the middle of the night especially during the rainy season when roads are impassable due to the heavy rains and flooded routes. It is terrifying getting stuck for hours with a sick child onboard.

His best moment is when he watches children move from one class to another as they thrive at OFC.

“We all cannot serve in the same position. Each and every person can only serve in the areas they are best in. Being a driver at Our Father’s Cleft is the only better way I can serve the vulnerable. They have become part of my life as we interact on a daily basis. I look at them as my younger brothers and sisters. I love serving them in this way—more so I love my job so much and I do it with a lot of passion.

When our children fall sick and they need special attention that cannot be offered at the OFC clinic, I drive them to the hospital. The time of the day not a factor. My happiest moment is when they get well and I consider this a mission accomplished. Our children come from far places. It’s therefore my responsibility as a driver to drop and pick them during and after the holidays….this enables them to reunite with their immediate family members. This has never been easy though, considering the many challenges on the way. Whenever I succeed I look back and smile and thank God because he is the protector.

I am thankful to the OFC community who gave me this privilege to serve the vulnerable.”  ~Yassir

Yassir—and all of our indigenous partners—know that when we empower people who are vulnerable, we transform the world. With your generosity, and Yassir’s compassionate leadership, we are contributing to the success of hundreds of children who are being protected, educated, and equipped to be change-agents in their war-torn communities.

“We all cannot serve in the same position.” Some are invited to drive, to educate, to protect, to cook, to clean, to encourage….  All are invited to participate.

Join us today with your donation in extending hope and healing—through local leaders like Yassir—to the most vulnerable children in our world.