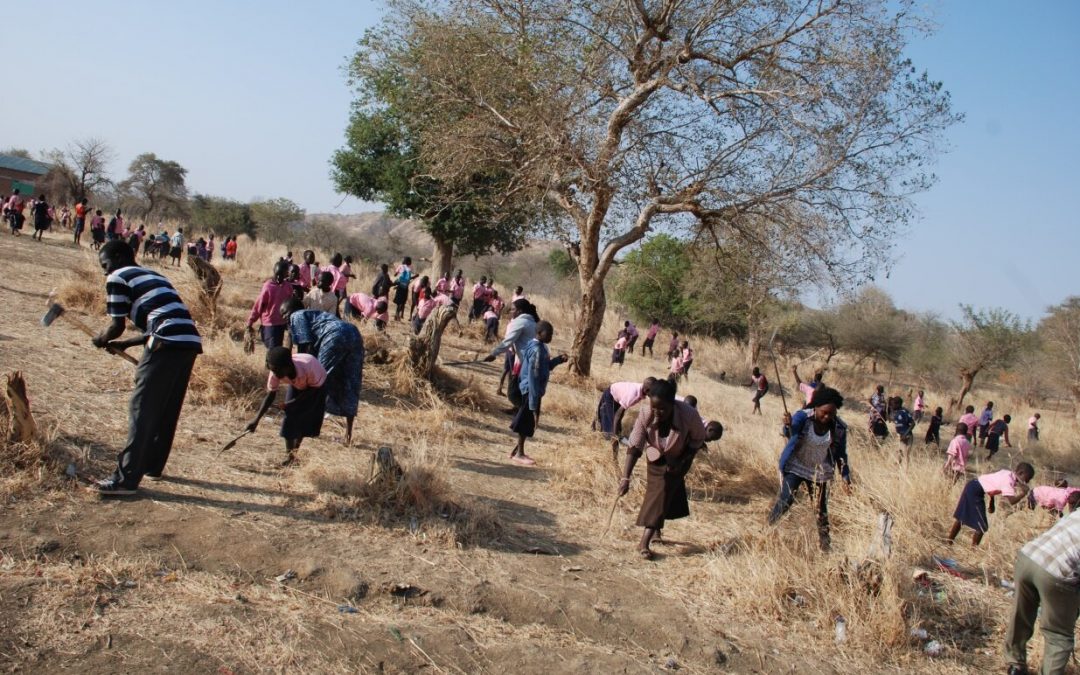 Lift Up the Vulnerable’s indigenous leaders from South Sudan and Sudan have been in Nairobi attending LUV’s African leadership summit, during which they have been reflecting on the journey in fighting human trafficking and oppression in the areas and communities where they come from — and planning for the future.

At the onset of the COVID-19 pandemic last year, all the countries around East Africa closed their borders to prevent cross border infection. However, the closure of the borders brought the real threat of hunger to the communities and children under LUV’s protection and care. One such community is where Our Father’s Cleft (OFC) is located, in the Nuba Mountains, whose residents mostly survive on small rations donated by different aid agencies like the UN. During the rainy season, a global pandemic, or a new onslaught of violence, these aid agencies cannot access the area, exposing the community to the threat of starvation.

With your help, we’ve been working together to change that.

South Sudan and Sudan have vast, rich agricultural land. But most of the areas have not been cultivated — mostly due to decades of war and collapse of critical infrastructure like agriculture, education, healthcare, etc. The grass that thrives in this rich soil during the rainy season is so high that it can cover a pickup truck and make it invisible from a 5-meter distance.

Last year, while schools and borders were closed, Ezekiel Ayub, executive director of OFC, thought of utilizing his time and that of his staff and children by engaging everyone in farming.

As Ezekiel and his staff started preparing eight acres of land by hand, people from the surrounding community would pass by and ridicule him for attempting something that hadn’t been done before!  Ezekiel says he and his staff put on “donkey ears” as people threw all manner of insults at them. He and his team would remain determined to not listen and persevere on — like the proverbial donkey..

Little did the community know that Ezekiel and his team’s determination to produce food was unstoppable.

Three months after their first planting, OFC had experienced a fantastic harvest. The sorghum, beans, and simsim (sesame seeds) did so well that OFC had become the talk of town. The people who mocked him during the planting are today the same people talking about the wonderful work they have witnessed.

This year, we supported Ezekiel in crafting a strategic plan with action steps to meet his goal of producing even more food. Our long-term aim is to harvest enough food for the nearly 500 children he is taking care of.

We worked together to network with local partners in the Nuba Mountains, like Samaritan’s Purse, who helped us plow over 40 acres of land with their tractor!

At LUV, we envision a world where vulnerable children and women are empowered and, through them, war-torn communities are transformed.

Ezekiel’s determined prayer is not only to empower the students at OFC through agriculture, but also to apply the same concept to empower his community so that the exploitation of vulnerabilities will cease, and they can thrive independently.

With your help we can protect, educate, and empower more lives. Join us.