You and Lelang are Protecting Lives! 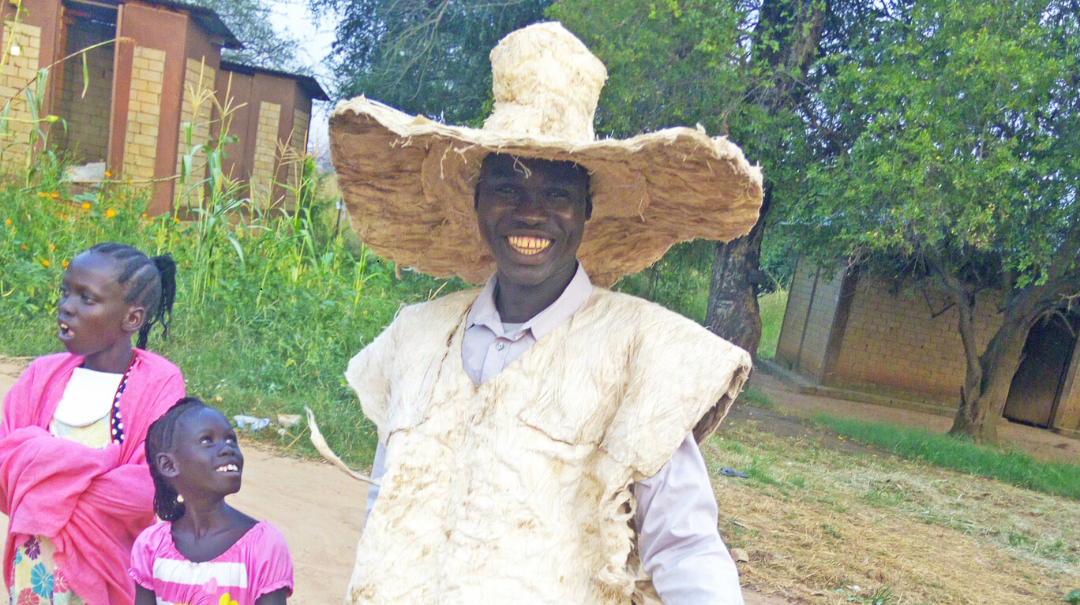 I love today’s story of one Holy Fool—John Lelang (pictured above in a homemade tree bark suit!)—who because of the love of Christ in him, wisely acts “the fool” to encourage, support, and ultimately love the most vulnerable in his community.

Lelang is a security guard at Hope For South Sudan (HFSS), along the border of Uganda. He loves his work and sees his role as more than just a job to patrol and protect the children, staff, and properties at HFSS. He considers his position as a holy calling to defend the defenseless and ensure that people are secured and supported—especially the most vulnerable.

When I first met Lelang, it was in 2018. A ceasefire had just been enacted in the community surrounding HFSS after several months of active war, which had caused our partners to hunker down with children in classrooms.

With peace restored, HFSS was hosting a school celebration that the entire community was invited to attend. Over two hundred members of the community came to participate in the ceremony and unite in support of the children and staff. Pastors, government representatives, military officials from both sides of the conflict, elders, widows, aunts, and uncles who wanted to see if transformation was possible and if love was real.

Out of seemingly nowhere, John Lelang joined the celebration dancing with a fake beard on, sunglasses, and a hat.

The children (and adults) went wild with laughter!

More than peace was being restored—hope was growing strong.

Fast forward to 2021, just a few months ago, and Lelang—at yet another community ceremony blessing the new high school classrooms being built—was captured once again delighting all in a full suit of tree bark that he had handcrafted (read more below)!

Lelang’s unique call also includes bringing the gift of laughter to heavy hearted children—as he earnestly works to protect them from harm. 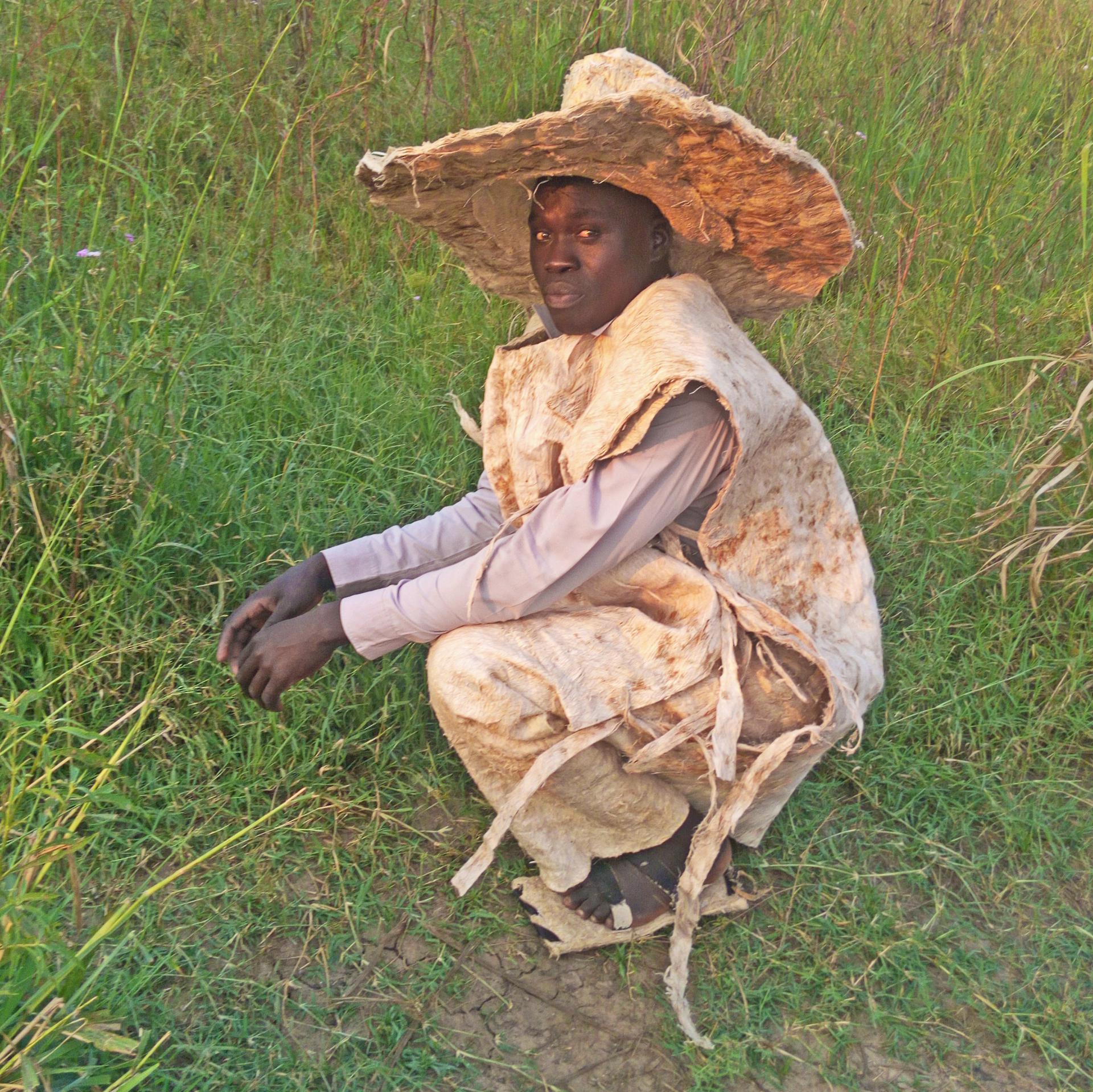 Like many of the children in our network, Lelang is familiar with fleeing from war and being left vulnerable by conflict with little to no options for protection.

Lelang was born in 1990 in Eastern Equatoria State, South Sudan. He grew up with his mother while his father was away for much of his life—fighting as a soldier.

He started his education in 2000 in a village school that could only meet on sunny days under the trees. However, only a few years later, conflict came too close to his village and he and his family were forced to run for refuge.

However, life as a refugee was harsh and after a time he and his family returned back to their war-ravaged home. Due to widespread lack of educational opportunities and resources throughout South Sudan, Lelang was only able to continue with his studies up until the 8th grade. After that, he joined a Bible training course for two years and later found his way and his calling at Hope For South Sudan. Today, he is married and has 5 children, plus one he and his wife adopted.

As Peter Lomago, executive director of HFSS shared, “John makes a lot of fun to create joy and happiness. He is a jolly friend and father to the orphans.”

It’s local heroes like these that inspire and empower the children in our network. We couldn’t do this life-saving work without them and every part of our global collective network—including you!—are needed to protect at-risk children and women from trafficking and exploitation.

Together, you and Lelang are protecting the most vulnerable!

All this month, we’ll be honoring our local partners so you can know more about the leaders that work with James, Peter, and Ezekiel and that your generosity equips to love and serve those most vulnerable in our world today.

We envision a world where vulnerable children and women are empowered and, through them, war-torn communities are transformed.

Will you join us by giving monthly or make a one-time gift today? Your generosity is protecting and empowering lives at-risk of exploitation and trafficking in warzones.

John Lelang said that he actually took time to make this bark suit because it reminded him of the past. A long time ago, it was what our grandparents used to put on as clothes, or for bedsheets, for carrying children and babies, or as bags and shoes.

John Lelang said, even when they were still young, his mother used to carry he and his brothers with this bark of the tree and they used it also to cover themselves and also as a mat for sleeping.

So this year, he wanted to celebrate with the bark of tree just to be reminded of our long time clothes and also to teach our children that there are some important trees that we have around in South Sudan.